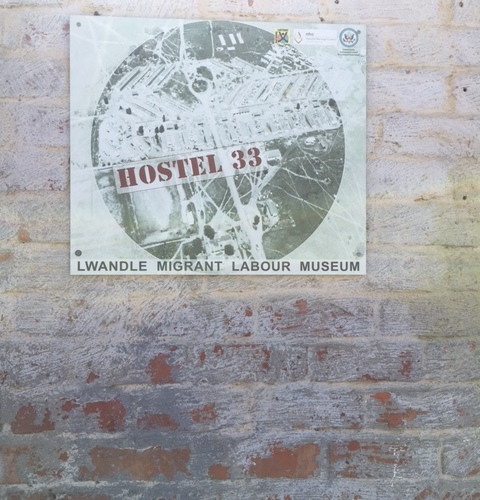 The landscape is a curriculum. It offers a journey from superficiality to complexity, from insight to understanding. At first sight, its meanings seem evident. But follow its course carefully and critically, and things become open to new interpretations and wider relevance.

This is particularly so for Cape Town. Here, the surface images are universal icons; Table Mountain, beaches, Nelson Mandela. Push a little deeper, though, and this is a landscape of marked and increasing inequality. Inequality is etched into the fabric of the land: in the location and quality of housing; in schools, clinics and public utilities; in the vegetation; in the sand and dust carried by the Cape’s signature winds.

At the beginning of January, I was one of a team with the task of giving some sixty senior undergraduate students a sense of the extent, nature and consequences of inequality across the Cape Town metropolitan region. This was not an ordinary class; participants were from twenty-one different South African and American universities and colleges. All had a declared interest in postgraduate study; many had a sharp appreciation of the politics of curriculum and campus life, both here and in the United States. The wind was relentless, the thermometer got to 36C and the aircon was a theoretical concept.

The landscape, though, absorbed and challenged us. There were tangible certainties: the indelible imprint of segregation on the layout of the wider city; the contrast between the suburbs beneath the mountain and the Cape Flats. There were also contradictions: between different ways of defining inequality; over political options; about the ethics of inquiry and research; with regard to victimhood and stereotyping. In leaving as much unresolved as is certain, the complexities of the landscape revealed the perpetual uncertainties and anxieties of trying to know more, and of making a difference.

Inequality is about contrasts, for which Cape Town’s landscape is an archetype. We started on Signal Hill, from which the trace of the Dutch East India Company’s seventeenth century grid of streets is still evident, along with the vast scar of apartheid forced removals from District Six and the Waterfront, built by forced labour through the late 1800s. We travelled to the Company’s Garden in the heart of the city, and to the wine estate at Groot Constantia.

These are places that inscribe both privilege and exploitation, and the systems of slavery that made them possible. They serve as cues for the fault lines of the present day: an economy with a five-fold difference in the average household income of black and white families; centuries of subduing slaves and then indentured labour with cheap wine, manifest today in the epidemiology of foetal alcohol syndrome.

Twenty years ago, Groot Constantia denied the existence of the two hundred or so slaves who made its owners rich; today, their story has been added to provide a fuller picture. Museums of conscience have a more difficult mission in starting with a substantial injustice and persuading visitors to experience discomfort.  Lwandle Migrant Labour Museum is an antipode for Groot Constantia. Getting there along the False Bay coast is an hour along a long surf line of windblown sand and past the edge of Mitchell’s Plain and Khayelitsha, now cities in themselves. There is an awkward relationship between visitors and township residents, despite the fact that the museum is there with the consent of the community. The hostels are shocking both in their own story and conditions, and because people live in similar buildings next door, and in every other street in Lwandle. No answers here; just more contradictions.

Experience and knowledge become powerful when a closer understanding of the particular can inform more abstract and generalized insights into our condition. We wanted our group of emergent critical thinkers to draw comparisons between the manifestations of inequality in the Cape and in their parts of the United States. What was similar; how much was different? How much can similarities and differences be attributed to history? How do the politics of inequality play out across two continents? In particular, how do the legacies of racial segregation shape the present day? How are these legacies written into the landscapes of other cities – Atlanta, Los Angeles, New York?

Our journey across the Cape landscape was the beginning of a week’s immersion in the issues raised by inequality; in housing, health provision and education, and more widely. Ours was of course a thoroughly digital group. We were constantly connected, always drawing down information, virtually integrated with the vast ocean of online resources. The visceral experience of the landscape was a parallel exploration; a way of knowing that was often more haptic than verbal. As a curriculum, the landscape gives us the smell of hope and the taste of despair. Being there hinted constantly at how much we couldn’t know. This, perhaps, is the way learning should be.

When Minesh Dass went to Rhodes University to teach English he was advised to attend the departmental tea each morning.  He neither understood the abbreviated, insider, allusions nor had any need for caffeine. These rituals of hospitality left him alienated and anxious. It became clear that he could either adopt the paraphernalia of diurnal conventions or remain a stranger.  His new colleagues were exemplary in their politeness; he was, they were saying, free to become like them.  He felt more excluded with every new welcoming gesture

Together, the innumerable microcosms of similar departmental rituals constitute a university; every university.  In his thoughtful and provocative essay, Dass shows how such “conditional hospitality” is profoundly conservative, the Janus face of an academic collegiality that excludes those who will not conform.  Extended to the university as a whole, this is the “dead road to a dead world”, closed to new ideas and possibilities.  Understanding such conditions of hospitality, Dass shows, throws a clear light on both transformation and the core idea of the university.

Minesh Dass’s essay is part of a collection on race, institutional culture and transformation in Higher Education that was published late last year, titled “Being at Home”.  While the focus is on Rhodes University, the volume’s relevance is far broader.

Rhodes’ long and contentious shadow is an example of historical legacies that are an integral part of many universities’ pasts, from Rhodes’s continuing commemoration at Oxford to Brown’s slave-owning founders, and to the University of Massachusetts’ General Amherst, who came up with the idea of distributing blankets infected with smallpox to the native American communities who were in his way.  The past is often nasty, and universities that root their culture in the dark side of history risk its sharp bite.

But, first, back to the English Department tearoom. Given that Dass neither drinks tea or coffee, nor smokes, why did he get involved in Rhodes University’s rituals?  Because he was persuaded, as part of the university’s orientation for new staff, that attendance was essential for his successful integration with his new colleagues.  But he found the conversation

as foreign to me as a dialect of German spoken only in certain parts of Switzerland.  The informality of the gathering only strengthened my sense that here was a community at ease with itself.  And I quickly realized that it was my job to become more like them.  I needed to learn the lingo, read the signs (and drink them, too, it seemed).  Even if I did not really get the joke, I would have to learn to laugh anyway.  Every admission, however, subtle, or a lack of common ground would implicitly ensure that ‘they’ remained the department and I remained someone on the outside, looking in……

This resulted in “a profound sense of displacement and loss”; a double bind between remaining a “foreigner” or abandoning his sense of self, leaving him “terribly isolated, unsure and confused. This was not because Dass’s new colleagues were not “collegial”;  it was rather “precisely the kind of collegiality they generously advanced” that was the problem.

Faced with such personal crises – the kinds of situations that set off remnants of childhood insecurity, every sliver of self-doubt – there is often recourse to a theoretical construct that offers a kind of intellectual therapy. For Dass this took the form of Jacques Derrida and, specifically, Derrida’s concept of “unconditional hospitality”.

In a characteristic mind experiment, Derrida asks that we imagine a situation in which we “give place” without any constraints or expectation of reciprocity, perhaps without knowing a person’s name, or asking who they are. This requires, Dass notes, that we “respect the infinite unknowability of the other, at the cost of any sense of our home as comfortable, sage or inviolable”.

This device, of holding up the everyday customs of the academic department against the notion of a radical alternative, reveals the deception inherent in the traditional university shibboleth of “collegiality”: markedly conditional forms of hospitality that “designate a kind of violence because they all work by prescribing, determining and knowing the guest only in terms of the host.  What is established in the process is a diminished form of the guest, a limiting of the other, which allows for disregard, abuse and harm”.

Dass links Derrida’s concept of unconditional hospitality with a key tension in the idea of the university as a whole.  On the one side is the ideal of the universality of knowledge and freedom of inquiry.  But on the other side are the barriers to entry that constantly restrict and exclude.

Dass asks what a university would be like that adopted Derrida’s “unconditional hospitality” to define itself as an alternative to conventional tea-room collegiality: “it is only on the condition that we accept the other’s alterity that we might actually experience something we could not predict in advance, something outside our frame of reference and, thus, revolutionary”.  This, he argues, would extend the boundaries of enquiry, shift the horizons of knowledge.

Dass wants universities that set no  conditions on their hospitality,  that are “in the most profound sense, universal”; that  “open their borders in the most radical manner”.  He is surely correct as seeing such openness as essential for everything that a university should be,  particularly so at a time when, across the world, borders are closing and sectarian divisions are hardening.

In his essay, Dass looks back to E.M. Forster’s Passage to India. In an existential discussion with Christian missionaries, their Hindu interlocutors wonder whether there are mansions in the House of the Lord first for monkeys, and then for wasps, oranges or bacteria until the missionary, Mr Sorley, exclaims “we must exclude someone from our gathering, or we shall be left with nothing”.

The traditional university collegiality that Minesh Dass dissects has no time for wasps, oranges, monkeys or bacteria either, and we are all the poorer for it.

Minesh Dass:  “Making room for the unexpected: the university and the ethical imperative of unconditional hospitality”.  Pages 99- 115 In Being at Home.  Race, Institutional Culture and Transformation at South African Higher Education Institutions.  Edited by Pedro Tabensky and Sally Matthews.  Pietermaritzburg, University of KwaZulu-Natal Press, 2015.