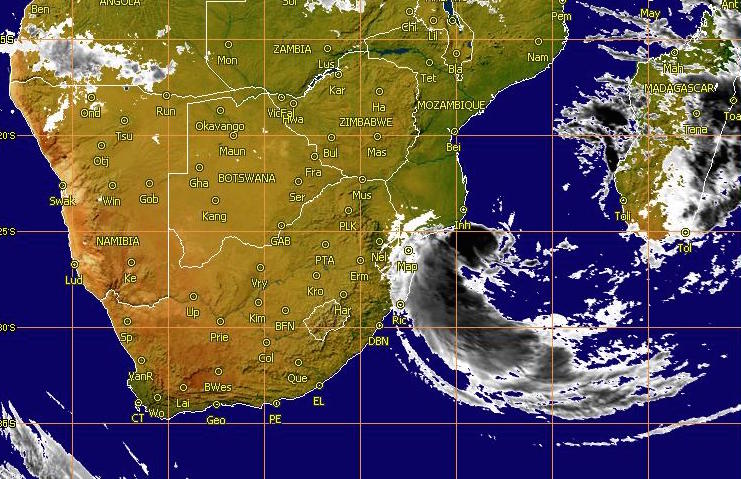 Malaika wa Azania is a smart young writer born the year after Nelson Mandela walked free from prison. Her recent opinion piece for the Johannesburg Sunday Independent, “I Am Not Charlie”, drew a swarm of hostile comment, mostly offensive. But, in insisting that history matters, wa Azania has more in common with Charlie Hebdo than she cares to admit.

Wa Azania’s point of departure, in common with some other thoughtful commentators, has been to criticize the disproportionality of global responses to the terrorist attacks in Paris on January 7 in comparison with the many more massacred by Boko Haram in northern Nigeria a few days later. “Black life”, she writes, “is cheap across the world”

What makes wa Azania’s response less usual is her insistence on the relationship between contemporary political trauma and colonialism; in other words, on history and its consequences.

Time magazine, for example, seeks to explain this disproportionality in terms of group psychology: “’We tend to empathize more with people that we feel are more ‘like us,’” says Marco Iacoboni, a psychiatry professor at UCLA. “I think in this case, cultural, anthropological differences can play a big role in how much we empathize with others. I jokingly call this the ‘dark side’ of empathy.”

For wa Azania, in contrast, its about amnesia. And its not something to joke about.

Wa Azania makes the connection between France today and its colonial legacy in Africa. She revisits the criminal and persistent behaviour of international drugs companies and their trials, sometimes under duress, that have had devastating consequences. She could also have added the determination of the present British government not to allow redress for the survivors of British colonial rule in Kenya; or the failure of the United Nations to bring justice to the victims of the Gatumba massacre; or many other examples of continuing double standards.

The point of her argument is that the West cannot slough off its colonial legacy by choosing to forget the past. Redress can only come from remembering and acknowledging, such that every Nigerian life lost to a fundamentalist bullet is condemned with the same vehemence as every life lost elsewhere, wherever this may be. It’s not the “dark side” of empathy that matters; it is rather the shadows of history.

Predictably, but sadly, wa Azania’s piece attracted a torrent of online comments. Many of the primary comments have been sufficiently abusive to require their removal by the newspaper’s moderator, resulting in the strange effect of visible reactions to empty speech bubbles; like listening to broken stereo. The on-line chatter, though, is not about wa Azania’s argument; it’s about her assertion that the west’s colonial legacy in Africa has been “cloaked in white superiority”. This, her detractors assume, make wa Azania a despicable racist.

That Europe’s colonial settlement and occupation of Africa was justified by racial superiority is beyond doubt. The archives heave with weighty self-justifications of racial hierarchies, the obligation to civilize and the justification for native subservience. In this sense, colonialism was the perfect crime, in which the perpetrators provided detailed evidence of their own actions in flagrante delicto.

There is nothing new in wa Azania’s reminder of this slice of basic history. What is revealed, though, is the pernicious effects of historical amnesia. This results in the affronted reader assuming that a ton of guilt is being loaded on their backs solely because they see themselves as racially similar to the past’s colonial adventurers. In their rage, they react with racial assertions and slurs, transforming their mistaken assumption into a reality. By hinging their abuse on this point, wa Azania’s on-line trolls make her point for her many times over. And because they are enraged by the mirror of history, and seek to shatter it into a thousand spliters, they remain ensnared by its reflection and unable to attain the dignity of proportionality.

Wa Azania is a self-styled “born free” – the first liberated generation in South Africa, with a book of reflections on her condition published last year. Her writing is about her right to offend by insisting on the continuing significance of history, just as the Paris responses to the murder of journalists has been about the right to offend through satire. In insisting that past and present are ineluctably intertwined, Malaika wa Azania has more in common with Charlie than she cares to acknowledge.