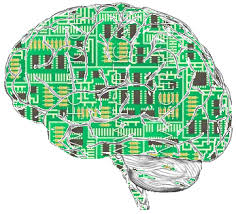 Britain is the only country with a fully integrated digital network that connects all its universities and colleges. But the future of this digital brain is now uncertain. This is not so much from government funding cuts, although cuts have indeed been severe. It is rather because of a paradox central to its way of working; the more successful this brain is, the less visible it becomes, making what it does seem unnecessary.

The network, along with a wide range of associated services, is run by Jisc. Jisc was re-launched in January last year following comprehensive restructuring. It is now an autonomous organization, owned by Britain’s colleges and universities and funded by a combination of grants, income from services and institutional subscriptions. Jisc owns and runs the JANET network, the fibre and specialized digital equipment that connects every British university and college to the Internet, as well as research councils and specialist research institutions; over 600 institutions and 18 million users. At its launch in late 2013, the new JANET network had an initial speed of two terabytes per second; an order of magnitude difference with the original network of twenty years ago that is impossible to express in any metaphor.

The threat is this. In terms of Jisc’s new mandate, the present subscription system will cease to be mandatory in 2017. Individual colleges and universities may chose to opt out, making short-term cost savings by buying Internet access and basic services from commercial suppliers and reasoning that they will still get access to the growing volumes of open resources such as curriculum materials, open access publications and publicly available digital data banks.

If this were to happen the value of every college and university being part of a single network would be lost. Why would this matter? Here are four headlines.

Learning and Teaching. Within a few years, all curriculum materials will be in the Cloud, whether used in face-to-face classrooms or for on-line learning. With every student working on-line, one way or another, learner analytics will be central to individualized student support, evaluation and assessment, as well as to national quality enhancement systems. An individual institutions’ learner analytics will only have value and credibility if they are benchmarked with a national, dynamic, database. The loss of a comprehensive national network, owned by its members, will make this far more difficult to achieve.

Transnational Education. International learning is moving into a new and more mature phase of flexible provision, combinations of student mobility, branch campuses, smaller hubs and wide-ranging forms of face-to-face teaching and on-line collaboration. Many of these initiatives will be based on collaborations and consortia; all will require sophisticated, reliable and secure digital solutions. In addition, the combination of ubiquitous bandwidth and location-intelligent mobile devices will require solutions that keep pace with commercially-driven digital innovation. For most universities and colleges, these solutions will unaffordable without shared innovation and implementation. Jisc provides these services in response to the needs of its members and users.

Big data. In a foresighted and influential report, “Science as an Open Enterprise”, the Royal Society has set out a vision for the principles of research that are emerging from the availability of open digital data. In key fields such as epidemiology, economics and climate change, the ability to trawl very large sets of primary data, metadata and publications is enabling new ways of shaping and testing hypotheses. These new methodologies are linked to digitally-enabled survey and data collection techniques; forms of crowd sourcing that out-perform traditional methods of data collection by orders of magnitude. Again, managing, accessing and analysing these very large data sets depends on an integrated, high performing network uncluttered by paywalls and other unnecessary access controls. This is enabled by the high speed JANET network, which has been designed to support continuing increases in capacity.

Money and security. By 2016, the “new” Jisc will have achieved efficiency savings of about 34%. At the same time, the value of cost savings to Jisc’s subscribing institutions will be about £200m per year, or about sixteen times the average university or college’s subscription contribution. In addition to these cost benefits, Jisc offers a high level of data security, both to individual colleges and universities and to their shared databases. As with all virtual assets, cybersecurity is, and will increasingly become, a primary consideration and concern.

Why would colleges and universities be tempted not to buy into this? Digital networks are evaluated for their speed and efficiency. The hourglass is the enemy; the loss of connectivity is a catastrophe. This means that the better the service, the more its mechanics and paraphernalia fade from view, and out of mind. This may, in turn, make the expenditure seem unnecessary.

But nothing about the Internet is really free. The kinds of provision that are now essential for all colleges and universities require massive intermediation, whether in specialized digital kit or in human expertise. To ensure that Britain’s digital brain continues to function, this paradox must be seen as what it is, and the future of this unique and critical resource ensured by the continuing buy-in of all its institutional owners.