We are drowning in information. One of the paradoxes of our digital world is that the more we read, look and listen, the less we know. This makes trusted sources all the important. The Conversation, which first launched in Australia in March 2011, meets this need. The Conversation is a collaboration that brings together academics and journalists to provide analysis and news that’s free to read, use and republish under a Creative Commons licence. The successful Australian pilot has been followed by a UK edition, in May 2013, the launch of a US edition based in Boston (October last year) and this month’s Africa edition, which premiered on May 7.

The Conversation’s founder and Editor-in-Chief, Andrew Jaspan, has set out a clear vision for a different approach to establishing trust in the sources of information that we all need to rely on. Here is a video clip: 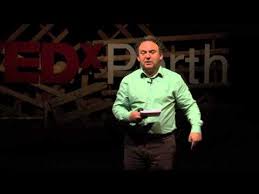 For TC’s newest edition this vision is alive and well. Ozyar Patel, Energy and Environment Editor in Johannesburg, told me that he now has the opportunity to work with some of South Africa’s top class journalists and editors.  “It’s an exciting project allowing me to do work that is unique and thrilling at the same time. A challenge which I’m relishing”.

Caroline Southey, Editor of The Conversation Africa, sees this as an exciting and inspirational model that is revitalising  journalism. “It’s beauty is in its simplicity: academics share their knowledge and journalists apply their skills to turn complex issues into accessible and interesting stories”. TC Africa is based in Johannesburg, and plans to open offices in West and East Africa as well, to provide a continent-wide perspective.

One – significant – implication of the digital deluge is that a lot of information is misinformation: snippets out of context, edits and re-edits, stuff that’s been pinched without permission, spam, on-line harassment and on downwards to the purely criminal. The boundary between the dark web and the virtuous virtual is never clear-cut. This is why trusted platforms are so important – we need sources that we can rely on.

The Conversation’s partnership model works for both academics and for journalists. For academics, it’s a way of reasserting the public value of research and of the role that universities have always played in creating and disseminating new knowledge. For journalists, it’s an opportunity to reassert the values of the profession. All authors and journalists sign up to an Editorial Charter and follow a Community Standards Policy. Thabo Leshilo, Politics and Society Editor for The Conversation Africa: “I believe the duty of journalism is to inform society. The Conversation is about high quality, meaningful journalism for the public. That’s hugely attractive proposition”.

The Conversation family now has a very large global readership, with links to stories distributed and redistributed through social media, and extensively republished. For academic authors and their universities this is good news; academic life and universities’ reputations are driven by citation and recognition of value. Scholarship is the original, medieval, world wide web; scholars write to be read and they recognize good work through citations. Today’s academics are most successful when they give away their intellectual property in return for public acknowledgement of their contribution. This is why The Conversation is founded on the principles of open access and will never put its stories behind a paywall.

Getting back to these primary values of academic work and journalism is invigorating. TC Africa’s Education Editor, Natasha Joseph, has previous experience of newsrooms and print journalism. She points out that newsrooms do not employ beat writers very often any more, and it’s rare to find journalists who can properly engage with the science they’re writing about. “The Conversation is such a breath of fresh idea in a time when the public or lay spaces for good research are shrinking”. Her colleague Candice Baily, who looks after Health and Medicine, says that “providing this platform for academics, simplifying and translating their work, is a completely novel idea within the South African and African media scene”. It’s also proved to be innovative in The Conversation’s newsrooms in Australia, the UK and the US.

For academics, this new way of disseminating information can be addictive. This is because the analytical data that rapidly accumulate from the moment a story is published shows where, and how frequently, a posting is being read. For the first time the “invisible colleges” that have connected scholarship since the Royal Society was founded in the seventeenth century are becoming visible. These statistics are proxies for the reach and influence of new knowledge – rather like a global weather map of influence. Coupled with effective writing partnerships with professional journalists, this gives a new edge to research. Janet Viljoen, Department of Human Kinetics and Ergonomics at Rhodes University, has been an early contributor to the Africa edition:

Often, we as scientists are sceptical of journalists, as we fear that our work may be wholly misinterpreted and the wrong message purveyed: not in this case – The Conversation Africa’s editor took my work and expertly crafted it into an article. I guess that’s why we are scientists and journos are journos! Such an easy process from suggestion of the article to completion – only a matter of days with excellent editing. Also the platform for submitting, editing and accepting the final draft before publication is easy to use and gives the author a lot of control over the final product.

The Conversation Africa’s first Foundation Essay was on immigration and migration and was contributed by Ian Goldin, Professor of Globalization and Development at the University of Oxford:

Without immigration from Africa, none of us would be here. Experts now believe that migration across Africa between 60,000 and 70,000 years ago saved homo sapiens from climate-induced extinction. The migration of these early Africans into the Middle East, then across the Mediterranean into Europe and Asia – and eventually into the Americas and Australia and the Pacific Islands – is the origin of today’s humanity. It will be our attitudes to the continuing movement of people that will define our national and collective futures.

Given Africa’s formative role in our world, it’s more than appropriate that this new Conversation has been launched.

Ian Goldin: “Without immigrants, none of us would be here”. The Cionversation Africa, 7 May 2015. https://theconversation.com/without-immigrants-none-of-us-would-be-here-41093