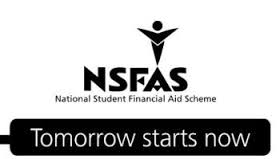 Amandla. mobi is “working to turn every cell phone into a democracy building tool so that no matter where you live, what language you speak or what issue you care about, you can take action with others”. On 29 October, as universities were absorbing the implications of the most extensive student protests in South Africa’s history as a democracy, Amanda.mobi finally pushed the Department of Higher Education and Training into releasing a key report that’s been on Ministers’ desks since December 2012. Titled “Fee Free University Education for the Poor in South Africa”, it has a sharp and immediate relevance.

The report is appropriately dry and technical, and is buttressed by detailed financial modelling; no revolutionary manifesto. But its key finding is clear:

Free university education for the poor in South Africa is feasible, but will require significant additional funding of both NSFAS and the university system.

The working group’s 2012 report builds on a second key report to the Minister. Again, conclusions are unequivocal:

The Ministerial Review of NSFAS (2010) found not only that NSFAS and its resources have not been well governed and optimally managed since its inception, but some 72% of NSFAS-funded students drop out, indicating that access is not being translated into academic success.

These and all other indicators point to NSFAS – the National Student Financial Aid Scheme – being at the heart of the issue. In any Higher Education system, the ways in which students are funded defines the mission of universities, who has access to them, and the role that qualifications play in shaping the broader economy and society. NSFAS is no exception.

In the 2012 working group report, as today, “free education” is a term of convenience for a more complex and qualified basket of proposals. Although Amandla.mobi and other activist groups have called for the immediate implementation of the working group’s recommendations, the proposals are limited in scope.

The primary focus is on providing full financial support for students from families that do not earn enough to pay any income tax. In 2012, this threshold was R54 200; today it would be combined household earnings of R70 700 a year, or just under R6000 per month. Given the combined cost of fees, accommodation, books and study materials, transport and food, it follows that no student with such limited financial means could take up a place at university without full financial support.

Of equal significance, as the working group report emphasizes, is the “missing middle”: working families that earn too much to qualify for NSFAS loans and bursaries, but not nearly enough to be able to afford the cost of a university place. In 2012, when the report for the Minister was completed, the NSFAS eligibility threshold was R122 000 per annum. Today, eligibility is based on a means test; universities advise that students from families where combined earnings are more than R180 000 a year are unlikely to qualify. Given that fees alone are likely to be in the region of R50 000 a year, its evident that the unfunded “missing middle” is broad, and engulfs families across lower paid public sector jobs, much of the service sector, manual workers and single parent families.

What does the cost of access look like for these middle income families? Assuming that fees amount to about half the total cost of being at university, a family will have to find at least R300 000 for the completion of a first degree. Assuming again that the family is able to spend a third of its annual disposable income on providing for university costs, household income will have to be at least R400 000 a year before tax. In reality, university education in South Africa is unaffordable for families earning between R180 00 and R500 000 a year, unless they are able to win bursaries from their university of choice.

Looked at another way, a large number of those in white collar and professional positions, where highly-paid opportunities are available for appropriately qualified people, are not able to afford a university place for their children. A bank teller currently earns an average of R84 500 a year, a schoolteacher R176 500 and a registered nurse, R179 000. And nurses and teachers at the top of their pay scales do not bring home more than R300 000 a year.

South Africa is a highly unequal society; consequently there is also a significant sector of households that can easily afford current fees and associated costs. The comparisons that they will make will be between the costs of a degree at one of South Africa’s more prestigious universities and the cost of an overseas qualification. In this fame, South Africa is good value for money; at the current exchange rate, UCT’s fees are less than a third of a comparably ranked university in Britain.

Given this, the catch-line of “free education” will need to be disaggregated into a hybrid model that reflects South Africa’s position as one of the most income-unequal countries in the world. As the 2012 working group report emphasized, full cost support must be provided for the poorest families; a key decision will be where to position this threshold. For those who earn more, but not enough to cover all costs, the availability of income contingent loans and bursaries will need to be extended. Again, the key decision will be the positioning of the threshold. For wealthy households, where a good South African degree is heavily discounted in the international job market, the issue is rather the most appropriate and efficient form of taxation. Given that top rates of marginal tax in South Africa are currently lower than in some affluent economies, there is an obvious opportunity for looking at equitable ways of providing funds for grants and income contingent loans.

Looking beyond the immediate question of access to adequate funding to cover the total cost of a university education, the working group’s report makes a number of other points that deserve careful consideration. One of these is that universities have, through the years, exacerbated the shortage of financial aid thinly, with the result that a large number of students have too little, increasing the probability that they wont be able to survive at university long enough to qualify:

The university practice of ‘topslicing’, where the means test results are disregarded and the available NSFAS funds are shared out and spread thinly, between all eligible students, has major negative consequences for students and institutions, in the form of both increased debt and limited academic success.

This, the report suggested, may lock poorer students into a poverty trap, in part accounting for the failure of some 70% of NSFAS loan recipients to complete their qualification. As part of the response to this, the working group recommended that students from the poorest families be given outright grants:

The current practice of excluding poor performing students from subsequent NSFAS support, even if well-intentioned, should be re-thought. The current practice does not acknowledge the convergence of disadvantage that confronts low income students in particular. Having attended poor performing schools, they are already underprepared for university education; by denying them renewed NSFAS support because of poor academic performance – without providing them with the academic support to overcome such obstacles – is to recycle them back into poverty from which their student debt will never let them escape.

President Zuma is reported to be planning a Commission to review all aspects of student funding. That could be a mistake, given the urgency of the current situation; now that zero fee increases have been declared for 2016, attention will turn to 2017 and beyond. A moratorium on fee increases is the bluntest of instruments, paralyzing universities and providing a range of undeserved benefits for those who should be paying more for their education and not less.

Instead, the President has the opportunity to update and extend the recommendations in the 2012 working group report, as well of those in the earlier Ministerial reviews of NSFAS and of student housing provision. He also has the clear mandate of his own government’s National Development Plan. As the working group report notes:

Apart from pointing to the immense advantages that higher education in general confers both on society and on individuals, the National Development Plan targets a 25% graduation rate and a 30% participation rate across the higher education system by 2030. It notes that any and all improvements in the quantity and quality of graduates will require a greater emphasis on output-based funding on universities, but that this can be achieved without discouraging the enrolment of disadvantaged students. Accordingly, it advocates increased funding for higher education generally, and in particular full funding for eligible NSFAS students through loans and bursaries so as to cover their tuition fees, accommodation, books and other living expenses. The costs of thus supporting needy students can be recovered through arrangements with the South African Revenue Service, and also through service-linked or work-back scholarships such as already exist for teachers and social workers; and the success of these students can be further facilitated by providing more academic support.

What could be clearer than this?

Amandla.mobi Draft report: “ Report of the Working Group on Fee Free University Education for the Poor in South Africa”. Submitted October 2012. Released 29 October 2015, following requirements of the Promotion of Access to Information Act. Available at: https://d3n8a8pro7vhmx.cloudfront.net/amandla/pages/74/attachments/original/1446105100/Final_Draft_Report_of_the_Working_Group_on_Fee-Free.pdf?1446105100