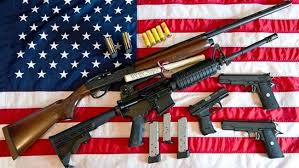 Aatish Taseer, in an interesting and provocative opinion piece for the New York Times, senses an insurgent and dangerous return of history in the “old world”, by which he means the Middle East and parts of Asia. While the object lesson is the excess of the Islamic State, “living history” is breaking out more generally:

The picture that emerges is one of a terrific tension between the dead past and the ways in which it is being remade to fit the needs of the living present. The Islamic State’s treatment of history is particularly extreme, but a similar return of history is occurring with varying degrees of intensity all across the old world.

But is this a phenomenon of Islamic, Hindu and Buddhist historic lineages, as Taseer sets it out? I’m writing this in the strange white light of the British Museum’s Great Court, where a teabag and cup of hot water costs twice the global poverty line and a dense crowd absorbs the ambience of the neoclassical facades. Isn’t the point rather that all history should be living, and also that it’s living use should be the subject of constant, informed critique?

Rather than history being the enemy, isn’t the danger the misappropriation of history by specific interests, wherever and whatever they are? Isn’t this why the critical teaching of history should be at the heart of every university’s curriculum and why politicians, who understand the sway of the past on the direction of the future, are so frequently exercised by the school curriculum and the national syllabus?

Taseer’s argument rests on his experiences in India and in Sri Lanka, and on the excesses of the Islamic State. He sees the turn to history as a consequence of disillusionment with modernity – with “the shallow sense of the word — that world of highways and blue-glass malls and men in the uniforms of foreign companies — does not satisfy the demands for this ‘living history’”.

But these highways, blue-glass malls and foreign companies have their own antecedents that are founded in colony and empire. Sri Lanka’s extreme, violent and virulently nationalistic Buddhism is grounded in Britain’s management of colonial Ceylon and the mystical adventurism of late nineteenth century America. It is deeper and more complex than a recent rejection of western trappings; indeed Sri Lanka has a glitzy Buddhist iconography that gives Vegas a run for its money.

And it’s not just in the old world where history is constantly appropriated to the cause of a dangerous and violent present. The constant refrain of America’s gun lobby, as the US staggers from one mass murder to the next, is that the right to bear arms is grounded in the concept of Liberty and is enshrined in the Constitution; as much the essence of the nation’s historical identity as the particular form of Buddhism that has shaped Sri Lanka’s politics in recent years.

There are a fair number of double standards at work, and on all sides. When the IS started to blow up Palmyra there were calls from the British world heritage lobby for an alliance with the murderous Assad regime for the higher cause of preserving Syria and Iraq’s antiquities for future generations. But, back here in the British Museum, there is no truck with the argument that the “Elgin marbles”, looted by a British aristocrat from the Parthenon in 1801, should be returned to Greece. Britain has refused to even discuss the matter and so Greece’s government has dropped the case (although media interest has been more in the involvement of George Clooney’s wife).

So, rather than seeing the proclivity to “living history” as a pathology in the Middle East and Asia, Aatish Taseer’s argument needs to be made more widely. Rather than limited to interpretations and misinterpretations of Islamic, Hindu and Buddhist texts and traditions, the return of history is continuous, and everywhere.

It would be a sad and sterile world if the “highways and blue-glass malls” were to smother out the richness and controversy of the past; the sort of world over which Donald Trump and Marine Le Pen would rule. The point is rather that history needs to be at the heart of the curriculum; to be taught, argued and understood in the context of the present and in the emerging opportunities for the future. As such, should have a central place in the curriculum, as a foundational subject for enabling and refreshing a critical public sphere.